The corruption history of Nepal is on the limelight at present situation. As Nepal had the history of dynasty, corruption is the common problem. The corruption increased rapidly after the royal massacre that took place in year 2001. The main source of corruption in Nepalese history started with the entry of Maoist party in the government system. Before 23 years, the Maoist party started its protest and also killed many people by making their party’s objective to fight against the corruption and lead the nation to steady development process but now the same party after getting opportunity to rule the government is found to be engaged in more corruption activities and also responsible for spreading corruption in different sectors of Nepal.The main reasons for high corruption in Nepal are due to the greedy nature of corrupted leaders to have a luxury and lavish lifestyles of the Political leaders to show the false reputation in the society. Corruption system has affected the entire nation and also has stopped the nation from development projects and increased in the number of poverty and hunger among Nepalese people. Corruption has grown its root in different sectors and found everywhere in the areas of political and legal system, the education system, the media, the government offices, the international committee affecting the people of our country.

According to the numbers form Corruption Perception Index (CPI) 2014, Nepal is ranking 126 out of 175 countries. The anti corruption authority called “Akhtiyar Duropayog Anushandan Ayog” in Nepal is not seriously fighting against the corruption which shows the authority itself is a corrupted body and also regulated by the corrupted leaders like Prachanda and KP Sharma oli. Nepal is facing many corruptions in different fields. For instance, the anti corruption authority heads like Lokman Singh Karki and the anti-corruption member Nar Narayan Pathak were found to be engaged in corruption and are the members of the corrupted political parties of present government. The Ncell one of the biggest telecommunication company in Nepal is also operating without paying tax and the director of Ncell claims that the company have provided Rupees 10 Arabs to the political leaders for the settlement.

The company challenges the tax office for not paying the tax and the organization is still operating with the support of corrupted leaders. As the supreme court also orders The Ncell company to pay the tax of Rupees 76 Arabs but unfortunately the company is not in the state of paying the tax which shows the high level of corruption in Nepalese telecommunication history. There is also an evidence of corruption in Government Nepalese , Telecommunication (NTC) which is responsible for corrupting Rupees 12 Arabs while importing the 4G products from China. The corruption is highly noticed in government companies of Nepal where the speed of work depends upon the amount of money being paid. The level of corruption is observed from the political leaders of Maoist and Communist parties where the political leaders like Madhav Nepal, Prachanda, KP Sharma, Bamdev Gautam owning so many properties after entering in the field of politics which is a real evidence of corruption in a poor developing country like Nepal. The country and the people are poor, but the leaders of the country is extremely rich. Politics have been the business in Nepal for earning a huge amount of money rather than working for the people of the nation.

The corruption root has become extremely strong in the Nepalese history at the present scenario. The present corruption record is the highest in the Nepalese history making the Nil development, more violence, division in community, feeling less humanity,lack of trust and respect among the Nepalese People. The present corruption system is also affecting the business sectors of the country as no new investments are taking place, discouraging the youths of Nepal to be the entrepreneur, creating unemployment and increasing crimes and burglaries in the Nepal. The innocent Nepalese people are the victims of corruption and also facing the difficulties and also expecting for the better days to come by eradicating the corruption in coming future. This is also one of the main reasons for rise to the rebellion party Biplap Group aiming to fight against the corruption of present government system. As a result, the present ruling government is putting restrictions to the rebellion party Biplav Group and the King Gyanendra in order to hide the truth of corruption taking place in Nepal.

So, the present government system is not successful for providing a peaceful environment to the people of Nepal without involving in corruption activities which makes the Nepalese people to take a stand on this present situation. The right time has come for the Nepalese people to fight against the problem of corruption by eradicating the present communist government system from the root and selecting a correct leader to solve the current problem of corruption. Nepal really needs the fair political parties like Netra Bikram chand(Byplay) group and the King’s support to fight against the serious issue of corruption and building new Nepal with lot of hopes and the better policies for the people of Nepal. 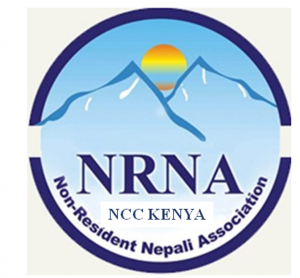